Our client has a large office building with 2 incoming electricity supplies, we recently negotiated a new supply contract for them via a competitive tender and were able to save them £1,050 compared to the market price.

We also provide a bill validation service for this client and upon receiving the first bill for the customer we spotted that one of the meters rates was incorrect (it matched the higher rates for the other meter).

We got this corrected by the supplier the same day so didn’t cause any disruption to our client’s payment cycles. If we hadn’t spotted the error then this overcharge would have cost our client £4,230 over the life of the contract.

Clifford Talbot Partnership previously arranged a new supply contract for a supply which previously underwent a change of measurement class from Non Half-Hourly to Half-Hourly, as a result of a government mandate affecting certain sized supplies (P272).

Following the change in supplier, when the first invoice was received it was noticed by our experienced and knowledgeable team that the capacity being charged was incorrect, instead of a capacity of 69kVA the supplier was charging 500kVA!

Had this gone unnoticed the client would have paid an extra £3,791 over the course of the contract and who knows how long this could have continued. Upon finding this error, it was swiftly resolved with the supplier ensuring the account was billed correctly and the client was not put out.

An investment landlord client recently took back possession of a large unit, following vacation of the previous tenant. The electricity supply to the unit is half hourly metered, but a problem was discovered with the communications link to the meter. Therefore the meter was not sending the consumption data correctly to the supplier.

Following completion of the change of tenancy request, the supplier billed the landlord using estimated consumption data, which was estimated in line with the level recorded while the unit was fully occupied. Following a change of supplier, Clifford Talbot Partnership liaised with the new supplier in order to arrange for the meter operator to attend site and repair the communications link to the meter. The actual data then received from the meter showed a much lower consumption than was originally estimated (as would be expected given that the unit is now vacant). The new supplier billed their account in line with that actual data, but the previous supplier did not automatically do so.

CTP subsequently contacted the original supplier and arranged for them to rebill their account in line with the actual consumption data. This reduced the amount billed by the previous by just under £80,000 for the 3 month period that the supply was with them.

During a tender exercise for the gas supplies to a large, multi-use business park, Clifford Talbot Partnership recommended that the client agreed a 2 year contract instead of a standard 1 year agreement.

Subsequently the following year, the wholesale market had increased by 19% and a new contract would have cost the client at least £8,985 more across the portfolio.

This is in addition to the £22,091 saving achieved, compared to the original renewal offer received from the incumbent supplier – and a £10,391 reduction on their previous contract.

As a fully independent organisation – and unlike most utility brokers – we receive no hidden commission from suppliers, nor do we pass on hidden fees that may be inflating your energy or water costs. If, however, you would prefer us to work on a commission basis, then we will agree with you the amount of commission we will ask suppliers to include. Most of our clients are happy with a fee based service but the choice is yours. 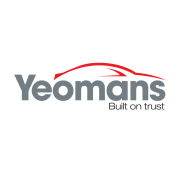 “When it comes to renewing contracts with utility service providers, we are comfortable in the knowledge that Clifford Talbot will broker the best deal possible for Yeomans. We know this will be the case because Clifford Talbot Partnership provide their services under a completely transparent fixed fee agreement and, unlike the majority of utility service brokers, do not take payment from utility companies.”

We offer a money back guarantee

Request A Quote
Get A Call Back
Download Brochure